Travel Guide: Things to do in Boston

Boston, Massachusetts, is one of the greatest cities in the entire of United States and should be visited if the opportunity ever arises. The 4.1 million people that live in this urban sprawl are some of the most hospitable you could ever wish to encounter, while the burgeoning city has so much entertainment that you will never find yourself bored. Below is a guide of what to visit in the city upon arrival at Logan Airport. 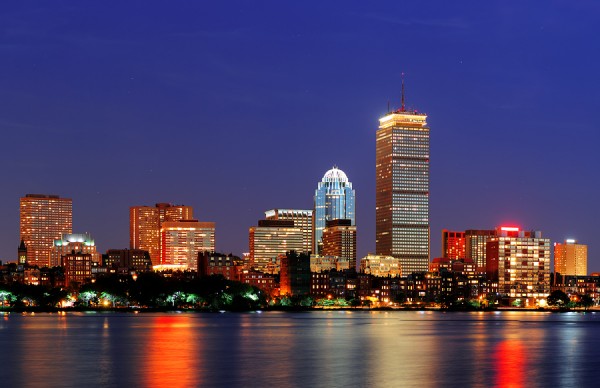 Boston city skyline at dusk with Prudential Tower and urban skyscrapers over Charles River with lights and reflections.

Boston is the sporting capital of America. Their citizens are sports fanatics and will be able to tell you just about any stat you could ever be interested.

Let us start with the Boston Red Sox. The baseball side play at the historic Fenway Park, which has been their home since 1912. This historic stadium plays a huge part in Boston heritage; many look upon it like a shrine. Once inside the 37,499 capacity stadium you will be overcome by the sheer noise of the spectators. Nobody gets behind their team like the Bostonians. Not only is Fenway Park one of the nicest looking ballparks in the States it is also the oldest stadia in the MLB. Thankfully, nowadays success has returned to Fenway. Having been the dominant side in the formative years of the MLB, thanks in no small part to Babe Ruth, the Red Sox would go onto endure one of the most famous barren runs in the history of sport. After winning the World Series in 1918, they were made to wait until 2004 before they would win another World Series. Since that success they have go onto win the World Series a further two times. In fitting with the action is the food which really is top notch. Whether you fancy a monstrous hot dog, a clam chowder or a lobster roll Fenway Park will be able to saturate your hunger.

If you travel up the Charles River you come to the TD Garden, the home of the Boston Celtics. Whereas the Red Sox had to endure a barren spell the Celtics have always been flush with silverware. For, you see, they are the most successful basketball side in the entirety of America, with 17 championships to their name. Legends like Larry Bird, Bill Russell, Kevin McHale and Dennis Johnson are just some of the great players that have donned the green jersey. This season the Celtics have struggled, they currently boast a 4-10 record, but that does not stop the Boston faithful from flocking in their droves to get behind their team.

When it comes to American Football there are few sides better than the New England Patriots. The Pats; which are located in Foxborough, a town 22 miles outside of Boston, are one of the most successful sides in NFL history and look like a good bet to make it to next year’s Super Bowl. The Gillette Stadium is home and can accommodate for nearly 70,000 people. American Football is a staple of American culture and the New England Patriots have a special place in every Bostonian’s heart – just look at their face light up when you ask them about Tom Brady. A trip to the Gillette Stadium certainly leaves lasting memories.

The Boston Bruins were one of the original six founding members of the National Hockey League in the early 1940s. After the Detroit Red Wings, the Bruins are the most successful American hockey side of all time and the fifth most successful in the history of the NHL – this year they are one of the favorites with Betfair to win the Stanley Cup. The Bruins share the TD Garden with the Celtics and their games regularly attract 17,500 spectators. Watching hockey is an experience like no other. The fans are vociferous and blood-hungry. The passion from the pitch spills out into the stands in what can only be described as organized chaos. Hockey is a riveting experience.

Of course, acquiring tickets to any of these sports is easier said than done, but do not fear if you can be in attendance. Boston is the home of the sports bar. In a city as sports-crazed as Boston, it is only natural that they would start to appear, which they did in great number. The total amount of sports bars in the city is quite frankly incredible. Not only are these places just as atmospheric as the stadium but they also allow you to have a good old’ knees up and enjoy some cracking American grub. Music has flourished in Boston. Thanks to a large number of students that study their loads of bands have been able to capitalize and forge out a successful career in the industry.

To cope with the abundance of musical talent that is native to the city music venues are littered at the end of almost every street. These no-frills establishments are simply all about the music. Like most of Boston, pretention is avoided like the plague.

The Paradise Club has been a mainstay in the Boston rock scene since U2 played there in 1981. The design of the club; it’s rectangular and has a wide stage running along one side, allows all concertgoers to be close to the action. For many British bands hoping to crack America, the ‘Dise is the first stop. Recent acts have included the immensely popular Arctic Monkeys, the ever-impressive Jake Bugg, and the most enjoyable Haim sisters. For lovers of rock then Paradise is simply a no-brainer.

For a more melancholy evening then the Lizard Lounge should be your destination. This subterranean space is for the seasoned music aficionados with jazz, folk and roots rock being the music of choice. But the biggest selling point of the Lizard Lounge is the legendary poetry slams and open mic nights that take place. Here is the place where the not yet noticed artists go to hone their craft. More often than not there is someone who will completely blow you away.

TT The Bear Place celebrated its 40th-anniversary last year. What 40 years they have had. This intimate 330 capacity venue has seen the Pixies, Franz Ferdinand, and many other notable bands grace the stage. In-fitting with the previously mentioned no-frills Boston mantra you can not only listen to superb musicians, but you can also have a few frames of a pool at the same time. When have you ever been able to play pool and listen to Take Me Out at the same time?

The House of Blues is now in 13 locations across the States. The franchise started in a converted art house in Cambridge’s Harvard Square but closed some 10 years ago. In February 2009, the House of Blues rose again, this time as a 2,500-capacity room with a seated balcony. The fact that it is situated next to Fenway Park only adds to its already overwhelming popularity. You can roll out of an evening game and straight into this premier club without having to skip a beat. The biggest “club” in Boston attracts very big names, Bob Dylan anyone? But it isn’t confined to rock music, it also attracts some of the best DJs in the world with Deadmau5 being a fan. Ben Howard, London Grammar, 1975, Less than Jake and A$AP Ferg are all playing there in 2015.

Music can be found in nearly every bar across the city and with the talent on offer, so it should.

Boston is the Athens of the modern world. Harvard and the Massachusetts Institute of Technology (MIT) are both located in the area. MIT is currently ranked as the best university in the world while Harvard comes in at fourth. 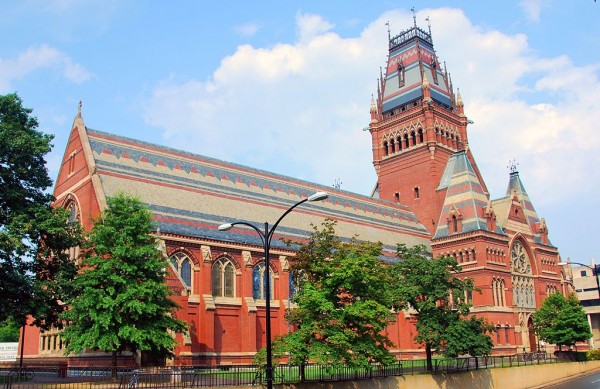 With so much literature and films honed on Harvard, it seems ludicrous that you wouldn’t want to check it out. The university offers guided tours which are completely free of charge and run by the students themselves, who provide you with an in-depth history lesson spread out over an hour. Taking a guided tour around arguably the most famous educational institute in the world is a wonderful way to spend the afternoon.

MIT also offers guided tours, and while Harvard may be the historic university MIT is leading the way in innovation. Harvard is where you want to go if you want to see the classic university but if you are interested in technological advances then MIT is your calling.

Boston was the first city in America to have a botanical garden when they opened the public garden in 1837. Drawing inspiration from the French, this 24-acre garden is a vision of natural opulence. There are more trees than you would know what to do with and there also numerous interesting statues to take your fancy.

Newbury Street is regarded as the most enchanting street in all of Boston. For those who want to get a bit of shopping done then you really will be wanting to go to Newbury Street, which has eight blocks of bars, restaurants, salons, boutiques, bespoke jewellers, clothing shops and specialty shops. Everything you could ever wish to buy is found on Newbury Street.

Following the closure of the observation deck of the Hancock Tower, you have to go to the Prudential Tower to get unrivalled panoramic views of the city. The tower, which stands at 228m tall, has an observation deck on the 50th floor that gives brilliant views of the financial district and the city as a whole.

The battle of Bunker Hill took place on June 17, 1775, and was one of the key clashes between the Americans and their British occupiers. While the British won the battle they incurred the greater losses and for many this battle was the turning point in the War of Independence. In commemoration of the first major battle of the war a 221-foot granite obelisk was resurrected. A trip is both thought-provoking and jaw dropping.

Boston also has one of the best-looking arts museums in the world. The Institute of Contemporary Arts opened in 2006 and has gone on to become one of the most striking buildings in the Boston skyline. Designed by Diller Scofidio +Renfro, the museum is all glass and acute angles, making it stand in stark contrast to the rest of the city’s square aesthetic. Inside this beautiful glass museum, you can find some of the most original artworks in the world. There is currently an exhibition on the work of fibre sculptures and in February they are celebrating the brilliance of the American South.

For a relaxed afternoon take a taxi to Jamaica Pond. This freshwater pond makes up what is colloquially known as the city’s Emerald Necklace, a host of connecting parks designed in the 19th Century by Frederick Law Olmstead. In the height of summer, there is nothing better than renting a rowing boat and hitting the water.

If you are not in Boston in summer then you can still walk around the 1.5-mile pond. After you have had your fill go to J.P.Licks, a local ice cream chain that makes absolutely killer ice cream and yogurt.

With Slappy Cakes, You’ll Have a #SlappyFunChristmas

Travel Guide: How to get to Batad Rice Terraces in Banaue, Ifugao