Eric and I were the only travel bloggers invited by the SMART Live All Out Team to experience Pahiyas 2013 in Lucban Quezon. We shared our SMART Live All Out experience via facebook, intagram, and twitter. This is the fourth consecutive year I’ve had the priveledge of covering Pahiyas, but I must say, compared to the previous year’s this year’s coverage was seamless! 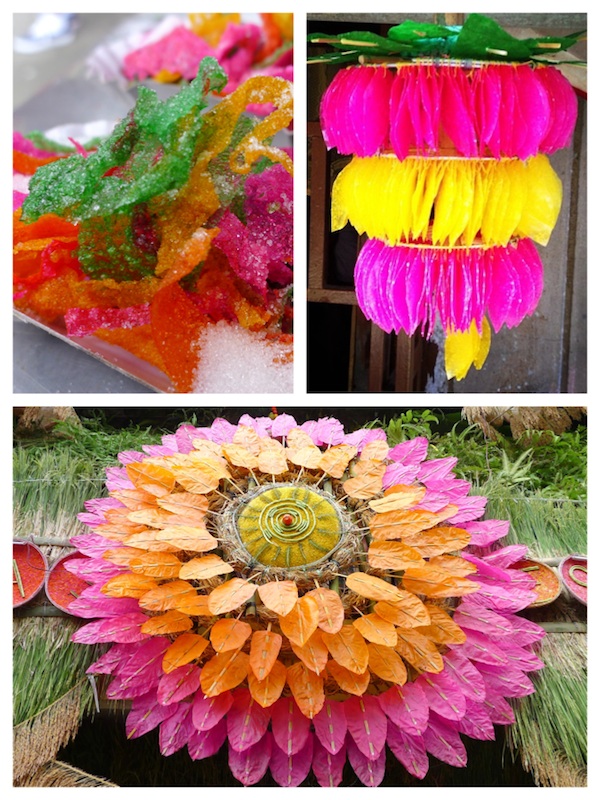 We arrived in Queen Margarette Hotel a day before the festival. After checking in, We headed to Lucban to checkout the houses and observe how they prepared the colorful decorations. As early as 5pm, some of the houses were already fully decorated with Kiping, vegetables, spices and other organic products. 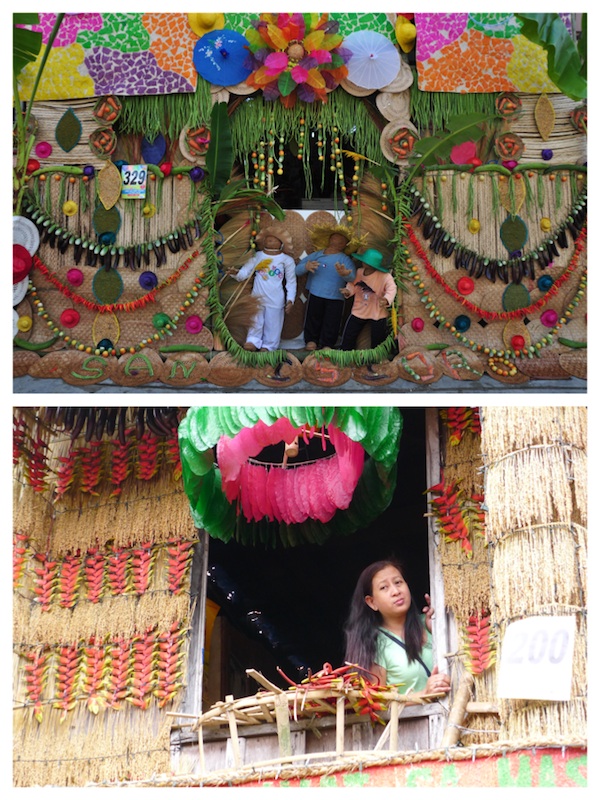 Apart from the usual Tiangge, scattered along the town were Mobile Stores like Smart Store on Wheels from the Mobile leader SMART, Jollibee, and a Shakey’s Bus near the Southern Luzon College Campus. 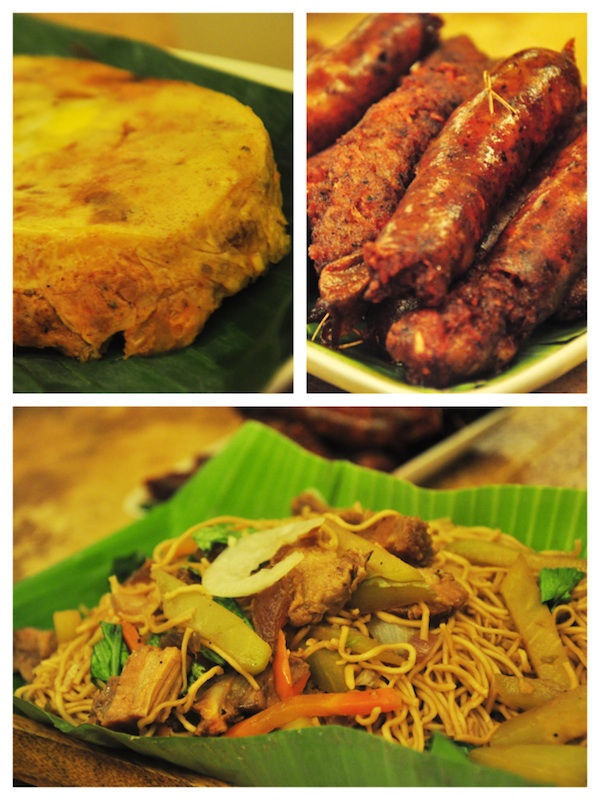 The best part of our visit to Lucban was our dinner at Buddy’s Pizza. The wait time to be seated took a while since the restaurant was packed that night. But it was well worth the wait when we were served a table full of famous lucban food like longganisa, pancit habhab, and hardinera. Needless to say, it was a fantastic dinner. 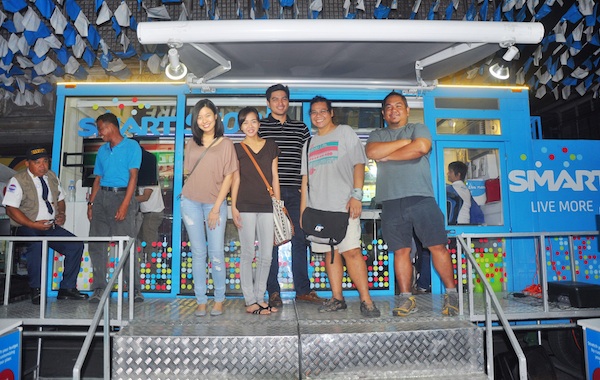 Smart Store on Wheels at Pahiyas 2013

Around 9pm, we decided the leave the town and head back to the hotel but decided to take a short detour and buy our “pasalubong” -longanisang lucban, in order to avoid the “pasalubong shopping rush” on the
actual festival day. 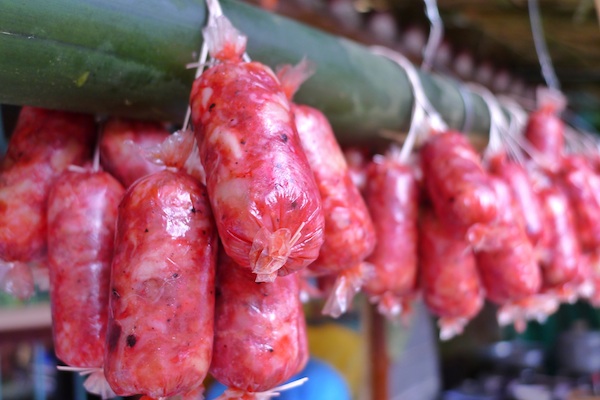 We got an early start the next day and left the hotel at around 7am in order to avoid the traffic, admittedly it was a bit late from our originally planned 6:30 departure but we were still able to arrive early in Lucban. 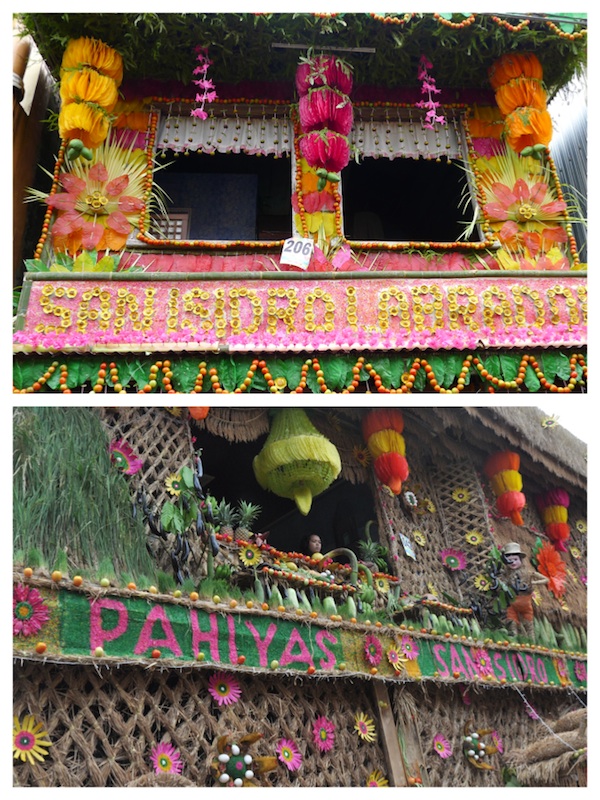 We were blessed with a cooler morning weather so we decided to roam around the festival route to take photos of the vibrant and colorful decorated houses. 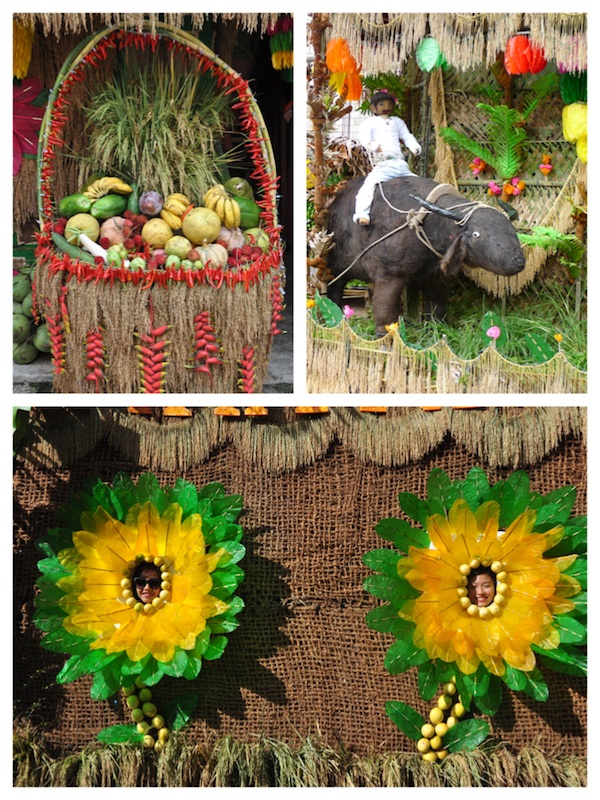 There were houses that were imaginatively decorated with wild flowers, Fruits, vegetables, grains and seeds. Others used Pamaypay made from buli and glued them on their walls to make creative mosaics. I’d have to say that the most commonly used material was Kiping. These are rice wafers that are bunched up together to form a cascading chandelier or dyed and laced together to construct gigantic colorful flowers.

We had self portraits taken inside one of the decorated houses, but being that people love to take “Selfie” photos nowadays, I took a selfie shot or two myself. Then I got back to capturing the elaborately colorful houses which I uploaded to Instagram and Facebook soon after taking it. 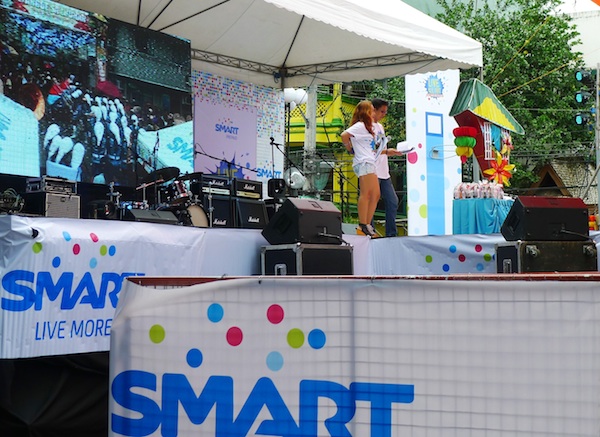 Thanks to SMART who provided the realiable LTE connection, I was able post to Instagram in just few seconds. If you want to take photos in the house balcony, just ask for permission and they’ll be more than happy to grant you entrance to their homes.. they will even sometimes offer you some food:) 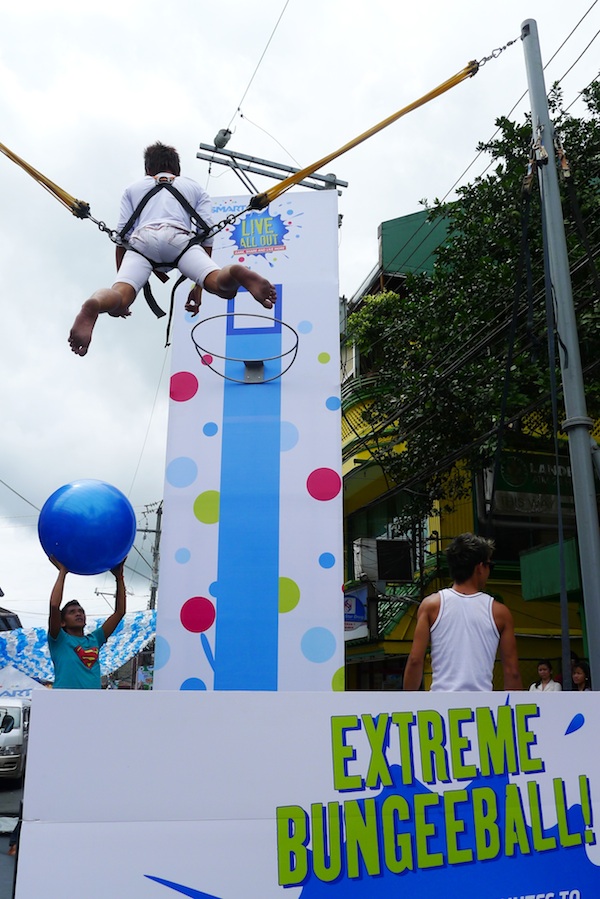 After almost 2 hours roaming about, exhaustion started to set in so we decided to go to the plaza to checkout the activities there Powered by SMART. While waiting for the activities to start, we waited inside The Patio which was the Hotel’s restaurant to enjoy refreshments. We also took the oppurtunity to charge our gadgets and update our followers via twitter, instagram, and facebook. After almost an hour, we enjoyed watching a dance contest hosted by SMART for the locals and tourists. There was also some fun give away prizes from SMART and other sponsors. 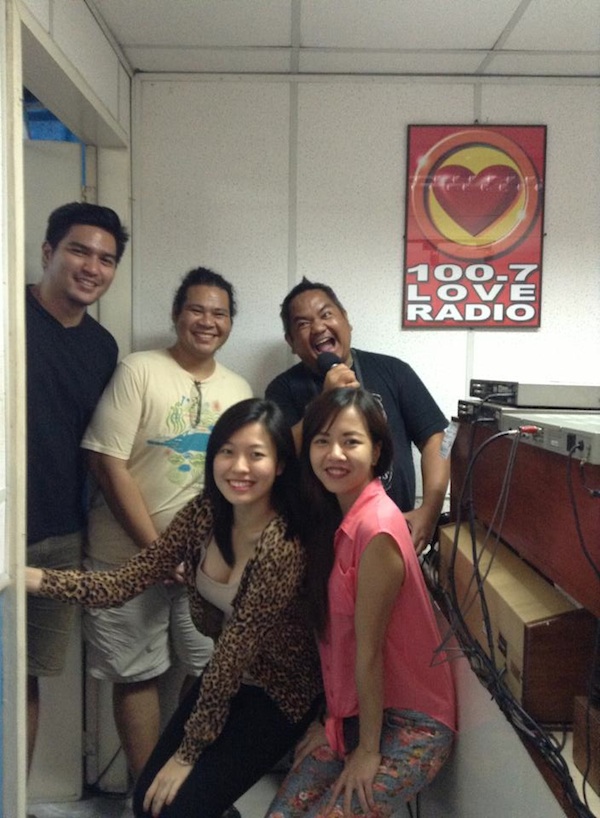 After our Radio Interview at Love Radio Lucena

It was exactly noon time when we left Lucban to visit Love Radio Station in Lucena City for a short interview. It was not part of our itinerary thats why Eric and I were a bit surprised and honored when we were informed that we were to be interviewed live by Love Radio – Quezon’s undisputed number one radio station. 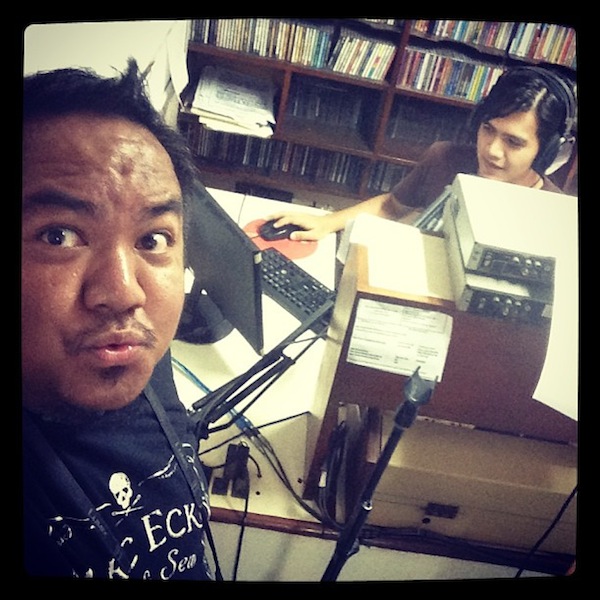 “Selfie” while being interviewed live at Love Radio Lucena

On our way back to Lucban, I invited the rest of the team for a short stop over in Tayabas – my lovely hometown. We visited Mi Casa Alandy – a hotel and restaurant owned by the municipal mayor of Tayabas Quezon. 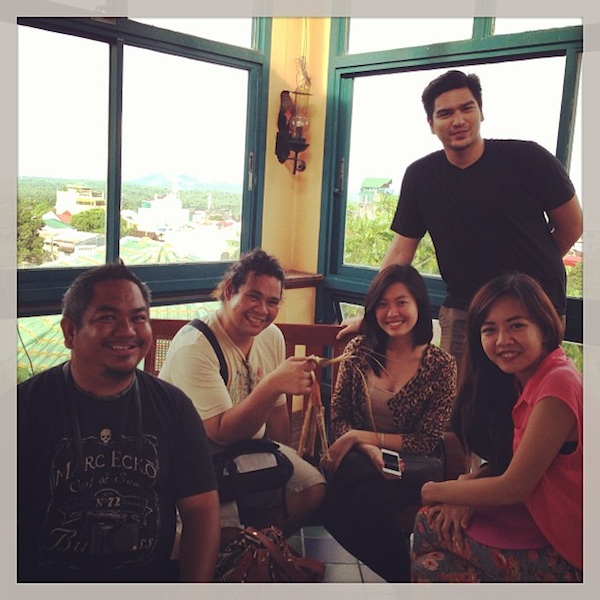 If Lucban has Pahiyas, Tayabas has pabitins which include suman and fruits like bananas, green mangoes, pineapples, buko and other fruits are also on display. And just like the Agawan in Sariaya, Tayabas has its own Hagisan ng Suman, local families would wait for the procession to stop in front of their houses where they would throw Suman into the parading crowd. 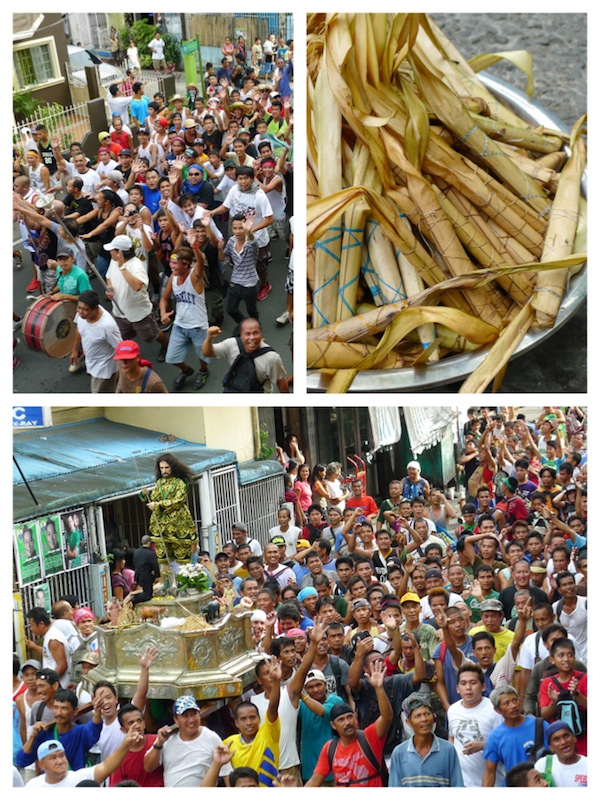 It was already past 3pm so we just decided to wait for the procession that features the image of San Isidro Labrador. The image was followed by devotees who are joining also for the “hagisan” of suman and the emptying of the pabitin. While in the restaurant’s veranda, we were invited to throw the “suman sa malagkit” to the devotees who joined the procession. 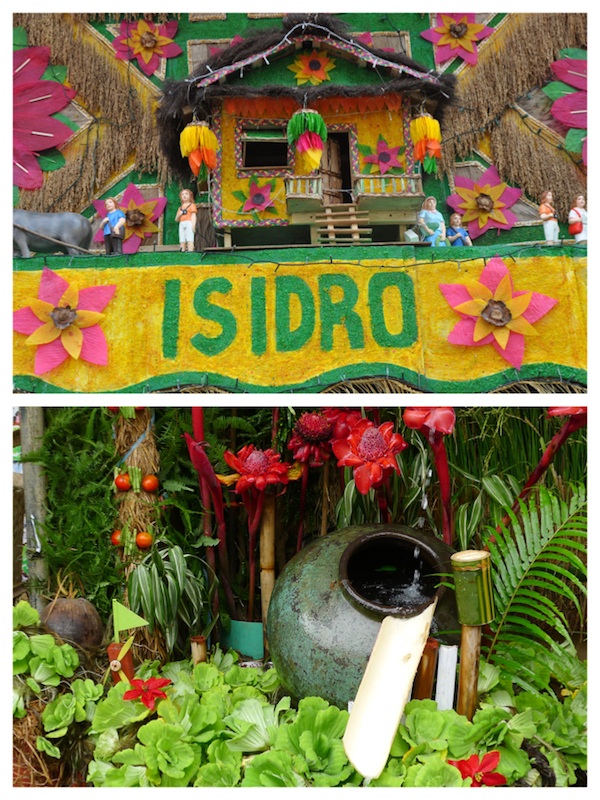 We headed back to Lucban after the Hagisan ng Suman in Tayabas to observe some more of the activies sponsored by SMART. It was already past 6pm when we arrived in Lucban. We headed for The Patio Hotel for dinner and to waited for a concert to start. After dinner We stayed for another hour to watch the concert before leaving Lucban. 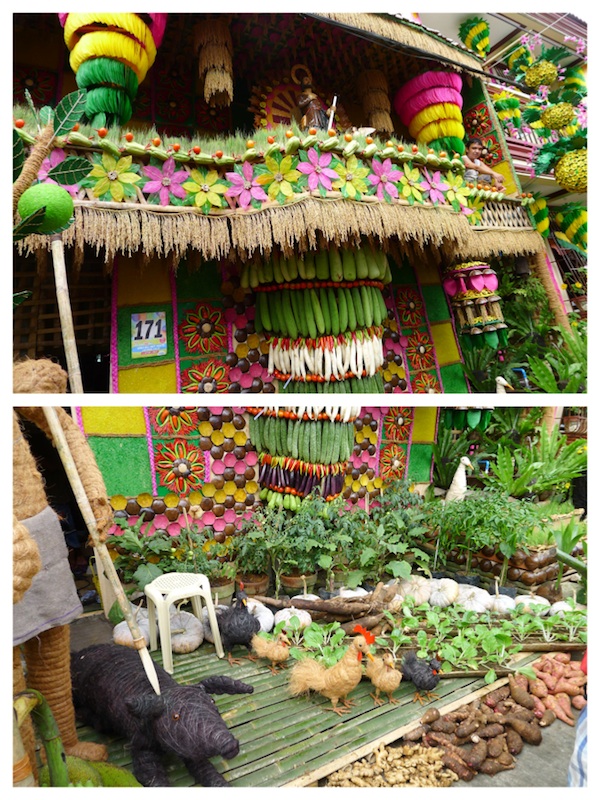 Our last day was a free day for us, checkout was at 2pm so we agreed to meet at the lobby around 2pm. After checkout we proceeded to Kamayan sa Palaisdaan in Tayabas City for a late lunch. The restaurant became popular because of its natural and very relaxing ambiance. The tables are placed inside a bamboo cottage where it floats about on a real fish pond! 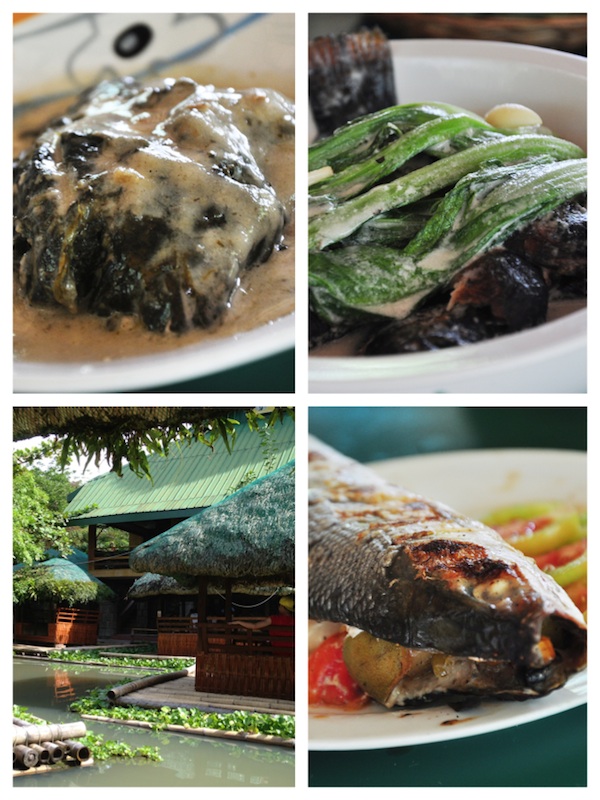 We ordered Sinugno (Grilled Tilapia in thick coconut milk), Laing, Sinigang na Pork and Grilled Stuffed Bangus. Everyone enjoyed the food, in fact that was the only meal where in we didn’t have leftovers. After our lunch we took a final trip back to Lucban to buy more longanisa and Broas for pasalubong after which we headed back to Manila. 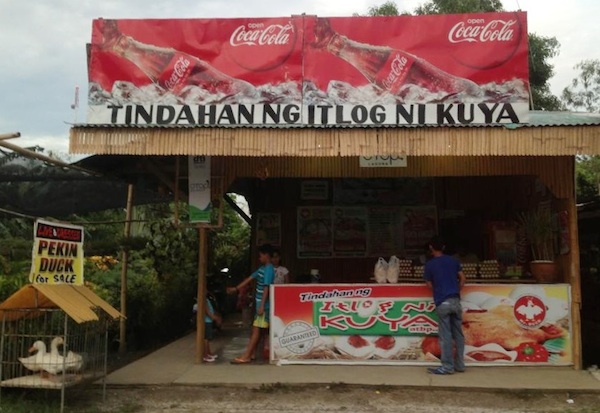 We saw this on our way to Manila! LOL

Did you know that the word “Pahiyas” came from the Tagalog word “hiyas” that means jewel which reflects on the entire festivity- the celebration of the farmer’s bountiful harvest. All the houses along the procession route are encouraged to decorate their houses with their agricultural produce (fruits, vegetables, rice and others.) and “kiping” – a colorful wafer made from rice.