The Seven Tastes of Asturias

What to eat in Asturias?

On a recent culinary tour of the autonomous region of Asturias in northern Spain, a wild and mountainous part of green Spain on the Cantabrian Sea, I visited the Michelin star restaurant Casa Gerardo. The son and principal cook, Marcos Morán, was named Asturias’ “Ambassador of Landscape Gastronomy”, essentially their version of “Farm to Table” cuisine. After a tour of the kitchen, we dined while he described Asturian cuisine and how they make the regional specialty fabada.

In the course of the meal (or, I should say between courses) Marcos listed the Asturian specialties to taste during any visit to this region. “You need to drink the cider and eat our great cheeses. Of course, you must have fabada, pitu caleya, and also, look to the sea for your food. Our shellfish is excellent. You have to taste cachopo, and finally – our cream of rice pudding.”

The questions that the statement raised (like what is pitu caleya and cachopo?) were not immediately answered because the chefs returned to the kitchen as the incredibly delicious fabada course was delivered.  During the following week, I managed to experience all seven tastes, meet their creators, and learn a bit of their history.

Every region of Spain has a “pork & beans” dish, but they all originated in Asturias where the large, kidney-shaped white bean called fabes is grown. Arguably, the most important ingredient in fabada, after the fabes bean itself, is the Asturian Morcilla, which is a cold smoked and slightly fermented blood sausage, making it firmer than most of the morcilla found in the rest of Spain. Because in fabada all the ingredients are to be cooked together, regular Spanish morcilla would crumble into the stew when it is supposed to be served intact.

“Fabada is a simple dish with few ingredients, so they all have to be at their finest.” again, according to chef Marcos. He went on to explain the arrangements with the local farmers to deliver the freshest beans – or none at all! In season, fresh beans are frozen for use throughout the year. Then fabada is made fresh each day according to the number of reservations he has. 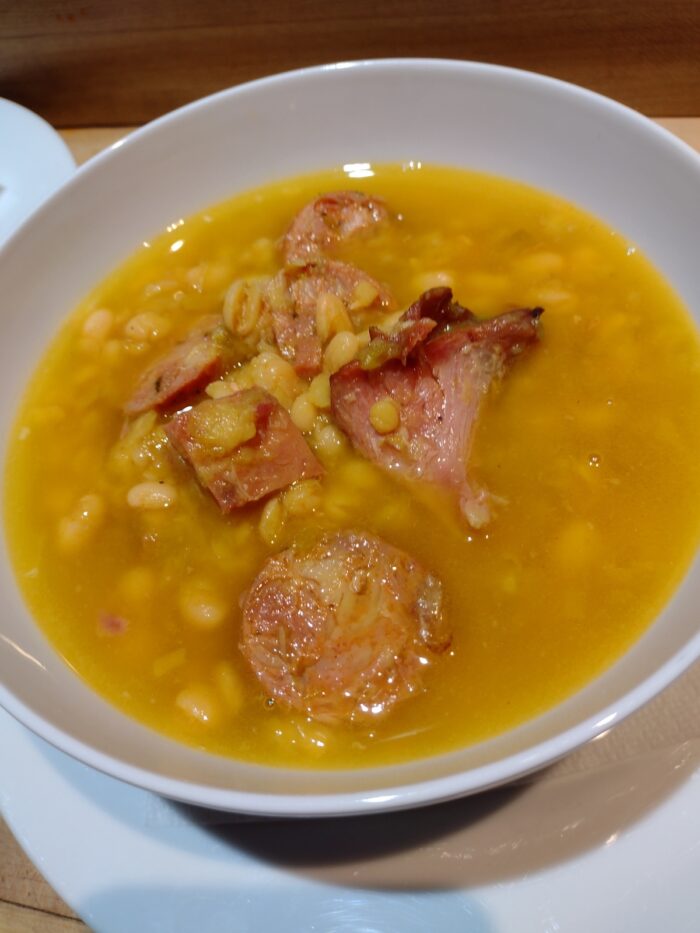 Local dry-cured Jamon (ham), chorizo, and morcilla are simmered with fabes beans in a rich broth with seasonings and savories until the beans take on a melt-in-your-mouth buttery consistency. That’s it! The dish is so ubiquitous in Asturias that the local markets sell a trifecta of shrink-wrapped meats packaged with fabes beans ready to simmer and serve in every household. Fabada is delicious and perfect for the cool rainy days so common in Asturias.

Asturian sidra (or cider as we say) is slightly less sour than the Basque cider, with a very low alcohol content (4-6 %). Ana at Trabanco, the region’s largest cider producer, took me through their Cider Tunnel (an abandoned railroad tunnel filled with huge wooden and stainless-steel barrels of fermenting cider) to pour some delicious sidra. She taught me traditional cider pouring and why the technique made the cider taste better. It seems a long drop of the cider into a tilted glass “breaks” the cider and oxygenates it, which then must be consumed immediately for the best flavor.  (Hint – it is an art best learned pouring water until you get the knack.) But it was fun to make a mess and drink my mistakes pouring Asturias’ finest sidra – Trabanco! When you visit, be sure to dine at their restaurant to pair their sidra with delicious local dishes.

Cabrales blue cheese is a raw cow (and sheep) milk cheese which, by law, cannot be injected with mold as blue cheese is elsewhere. Rather, it is the natural mold present in the ancient caves where the cheese is stored that imparts the incredibly delicious flavor and color. To learn this, I visited the tiny community of Sotres high in Picos de Europa National Park. There, Jessica Lopez, who owns Queseria Main with her husband Javier Diaz, led me on a short hike higher up into the rugged peaks to one of their more accessible cheese caves.

We descended rickety steps into a shelf-lined cavern used by the family for hundreds of years. Their four cheese caves have an average temperature from 41 F to 48 F degrees, depending on their altitude, the highest only accessible by mule or hours of hiking, where the cheese is aged from 4 months to 11 months.

The higher altitude caves are cooler, so the cheese can age longer producing a creamier more intense flavor. While aging, the cheese wheels must be dried weekly to remove condensation and turned to keep their shape.

The finished cheese, evenly speckled with mold, has a creamy, strong, and slightly tangy taste. It was perfect with homemade bread and the local cider Jessica served afterwards in their round creamery as a reward for the trek. Queseria Main’s cabrales is this D.O.’s highest award-winning raw cow milk cheese and easily commands more than $30 a pound.

The mussels and scallops of Asturias are fabulous! The scallops are always served with their “roe”, which is actually the tasty pink and highly nutritious female reproductive organ, attached. You rarely see the roe in the US because here the scallops are opened, cleaned, and frozen at sea, and the roe doesn’t freeze well. But in Asturias, they arrive in the market fresh in their shells and are opened and served on the half-shell. They are delicious that way. The mussels are plump and full of flavor, especially when steamed in a spicy cider sauce and served in their shells.

Casa Lin, a cider house in Aviles, specializes in seafood. It is a real local bar and restaurant that has served the likes of chef Anthony Bourdain and Asturias native chef Jose Andres. I had Casa Lin’s delicious scallops plus the finest selections from their extensive seafood menu while locals at a nearby table sang traditional Asturian songs over a celebratory feast. It was country dining at its best – good food and comradery in a sawdust-on-the-floor setting.

Cachopo comes to the table as a bigger-than-your-plate, thin, breaded, and fried, beefsteak. It is basically veal cordon bleu, using Spanish Jamon and a local hard white cheese served in Superman-sized portions. I liked each of the flavors individually but found the whole simply overwhelming. It is definitely worth a taste, though. You might like it.

So far, everything I listed above was easily available and served many times as appetizers! (Yes, even the cachopo, most notably at Trabanco’s restaurant and at Tierra Astur, a small chain of cider house restaurants in the main cities of Asturias. 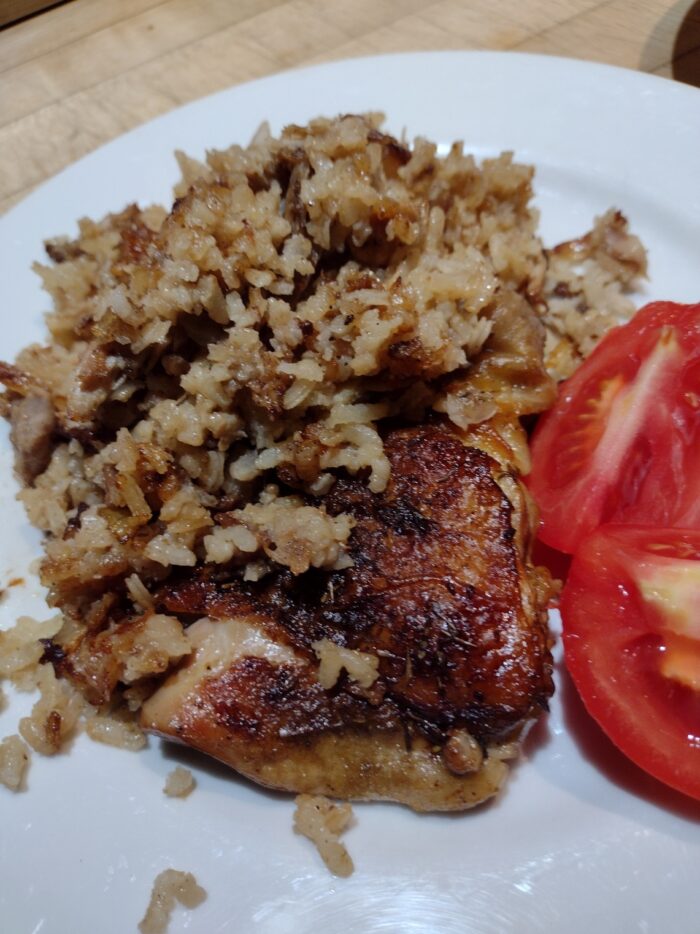 However, the pitu caleya was elusive. It is a more home-style dish, served using the local chicken known for having all dark meat. Asturian chickens are free-range, the flesh color and taste are caused by their natural diet as much as their genes. The recipe calls for an older bird or fowl, that is braised before being cooked again to tenderize it.

One of the more rustic accommodations I had was in the mountain village of Somiedo, called Castillo Del Alba Hotel. And while the hotel was unprepossessing both inside and out, the rooms were super clean, the bed was comfortable, and there was an excellent kitchen presided over by chef Noé Alvarez. He graciously agreed to prepare pitu caleya for lunch one day. It was a feast!

That, homemade bread, and salad were followed by a paella pan of the most unusual chicken I’ve ever been served. I love chicken paella, but it was the brown gravy and dark meat that made me think it was beef, a result caused by braising the chicken in sidra and then sautéing it in brown butter. It was a distinctly unusual flavor somewhere between beef and chicken, with a mouthfeel part risotto, part paella, but all good!

Afterwards, the ubiquitous dessert of creamy rice pudding was cloying, too rich and sweet for me, but typical of the region.

I’m not a fan of dessert, normally opting for a cheese plate instead, but that day I would have preferred more pitu caleya. Now, long after my visit to Asturias has ended, I still dream of that dish.

When I checked in with Chef Marcos at the end of my week-long quest, during which I managed to experience all seven Asturian ”tastes” he touted, he applauded my successes adding “But of course, you realized that our best products are our people.” Having met so many friendly and accommodating locals during my culinary adventure, I had to admit he was right. 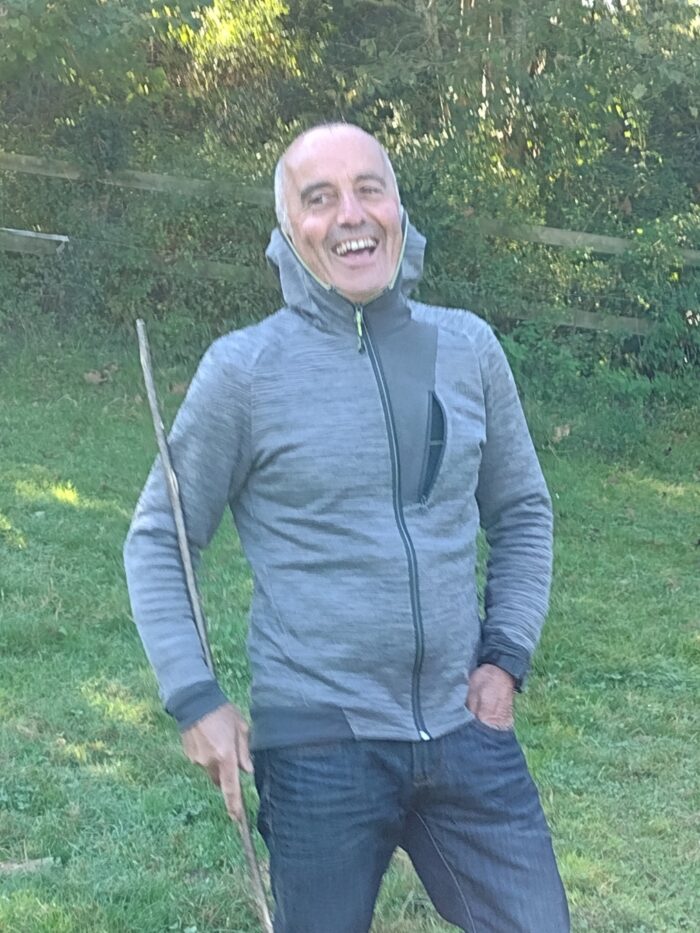 Note on accommodations: In the old quarter of Aviles, my hotel, the Palacio de Aviles, is a converted palace with centuries of history and beautiful, formal gardens to relax in. From there it was an easy walk or short drive for the culinary adventures described above. All but Pitu Caleya. I stayed at the Castillo Del Alba Hotel for that meal.

Klook.com
Food in AsturiasTastes of Asturias

Visiting the Calasiao Church in Pangasinan