2014 was quite the year for Brazil. Of course, it had the dancing girls, rolling beaches, and carnival atmosphere, but the summer welcomed the biggest carnival of all – the FIFA World Cup. The world looked on in awe as the samba nation produced the greatest show of all, and 2015 is expected to be exactly the same, albeit without Neymar and co.

From the beaches to the Amazon, and the nightclubs to casinos, Brazil has plenty to offer this year. We take a look at some of the must-do things if you’re planning to land in the South American country this year… 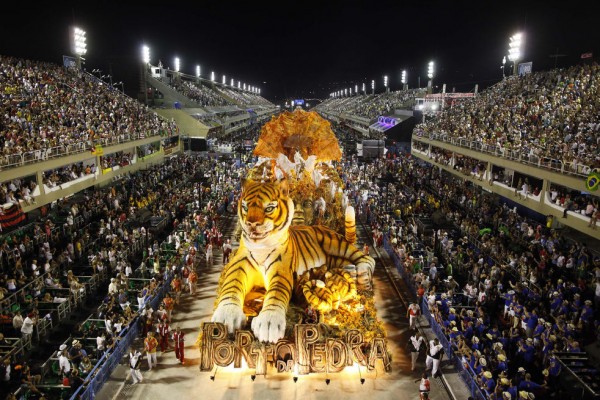 It’s the event which makes Brazil, Brazil. The event that sees over two million people every day flock the streets of Rio de Janeiro during the build-up to Lent in a festival of color, passion, and partying.

More than 200 samba schools join together to dazzle crowds with spectacular shows that see samba dancing and incredible floats lining the Sambodromo, and you’re welcome to join in too. Think of the best party you’ve been to. Times that by five and double it, and you still won’t have got close to the marvel of the Rio Carnival. Located in the northern municipality of Belem, the Ciro de Nazare is Brazil’s largest religious festival in Brazil and started thanks to a miracle discovered by Placido Joe de Souza in 1700. Since then the Cirio has been celebrated and is regarded as the ‘Christmas of the Amazon’ with thousands of people following the saint through the streets of Para before a precession of fireworks amongst many, many other events which are spread across 15 days. Whilst Sao Paulo is known for its hustle and bustle during the daytime – after all, it is the business capital of Brazil – the city also knows how to party hard. Taking work hard, play hard to the next level, Sampa as it’s known to locals has an array of glamorous nightspots and lavish casinos.

Have a cocktail in the popular Skye Bar overlooking the magnificent city before heading down to the H2 Club just a stone’s throw away and test your hand against some of the top poker players in the city. Of course, a night in on the likes of Euro Palace Casino games will have you well prepared, and potentially make Brazil 2015 truly one to remember.

Take In The Copacabana However, any trip to Brazil isn’t complete without a trip to the Copa, Copacabana. It’s the place where music and passion is always in fashion, and you can just kick back, relax, and enjoy the warm Brazilian sun.

If you’re lucky you could catch an event – the beach has welcomed the Rolling Stones, Rod Stewart, and the Pope over the years, as well as holding Rio’s iconic New Year’s celebrations – whilst you won’t be short of entertainment every day, whether it be watching the world go by, or taking a quick dip in the South Atlantic.

Travel Guide: Top 5 Cool Things to do in Las Vegas

What Makes the iPhone 6 an Ideal Smartphone for Travelers?