BERLIN, March 3, 2020 /PRNewswire/ — Taiwan Creative Content Agency (TAICCA) entered international film markets for the first time at the 70th Berlinale, organized IP Showcase to promote contents from Taiwan, and vigorously curated Taiwan Cinema Night and the island’s Pavilion at the European Film Market. To draw more attention to young Taiwanese talents and their works, TAICCA organized an integrated campaign at the film festival, including TSAI’s inspiring lecture on cinematography and featuring stories on Variety as well as Screen about his new film, “Days (Rizi).”

The Berlinale ranks among the most highly regarded film festivals, and filmmakers from Taiwan often have their works premiered there since the festival cares about diversity and equality as much as they do. And this year, the Teddy Award, the official queer award at the Berlinale, goes to director Ming Liang TSAI, who shares the award with “the most open, liberal, and tolerant Taiwan.” He, in a proud tone, also mentions that Taiwan legalized same-sex marriage last year and wishes for more countries to embrace marriage equality. For two predecessors, “Spider Lilies” by Mei Ling CHOU and “Small Talk” by Huang Hui CHEN, Ming Liang TSAI’s “Days (Rizi)”, shortlisted for the Golden Bear top, is the third film for Taiwan to win the award. 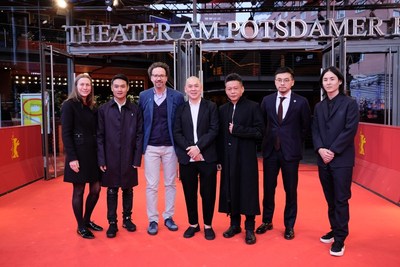 Crews of “Days (Rizi)” and the director duo of Berlinale at the film’s world premiere.

TAICCA selects different contents for different IP markets to maximize exposure and business opportunism. Within a day, more than ten inquiries were about commercial co-operation with “Days (Rizi),” directed by Ming Liang TSAI; “Your Name Engraved Herein,” produced by director Yu Ning CHU; “The Teacher,” winner of the best supporting actress of last year’s Golden Horse. Production companies and film selectors from festivals gather at the Taiwan Pavilion to ask about LGBTQ films, showing works made in a free society are gaining more and more international recognition. 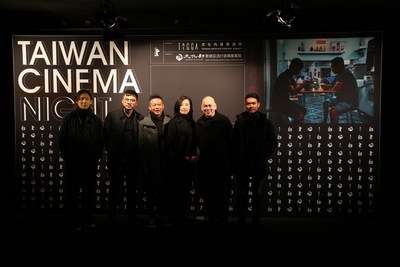 TAICCA debuted in the international film market at the Berlinale, integrated Formosa’s cultural resources to curate the Taiwan Pavilion, and redesigned the Taiwan Cinema Night from a new angle.  The venue of Taiwan Cinema Night, “The Tunnel,” is a lounge bar refurnished from an underground platform at the famous Potsdamer Platz, showing TAICCA’s endeavor to add a dash of authenticity to international networking. Carlo Chatrian, the Artistic Director of Berlinale, visited the cocktail party and was welcomed by filmmakers and exhibitors from Taiwan. The event balanced avant-garde style with that of raw industrial, which is “charming and Berlin,” quoting from one of the guests.

To promote Taiwan’s film industry, TAICCA brought the three winners of the agency’s Original Award to Taiwan IP Showcase in Berlin, broadens international co-operation opportunities, and encourages interdisciplinary crossover. In the future, TAICCA will find the right projects for each exhibition to ensure the best matchmaking result. Moreover, TAICCA also works with Screen to introduce young talents and original content from Taiwan to the world. 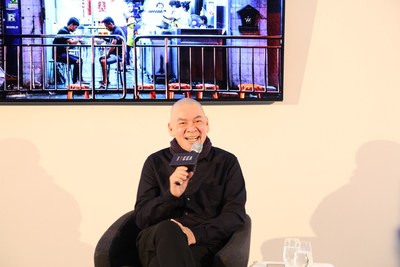 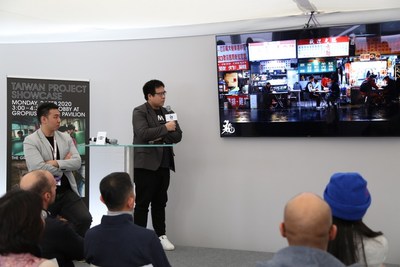 Members of the award-winning projects pitching to potential partners.

The 70th Berlinale and European Film Market ended on Feb. 29, 2020. TAICCA’s president, Ching Fang HU, said that TAICCA is very happy to open up its international co-operation mechanisms at the Berlinale. Following the film festival, TAICCA will offer an Immersive Content Grant to encourage international joint venture or co-production on XR projects, branding the island as a global center of innovation in immersive content.